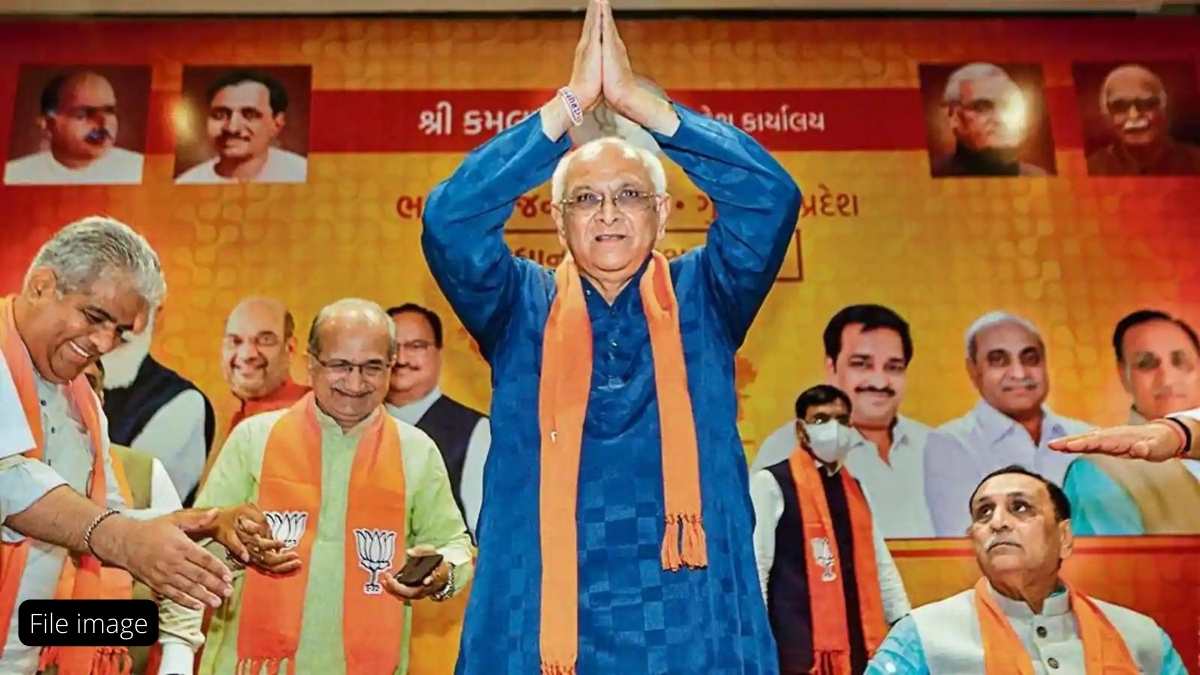 The BJP has decided to make Chief Minister Bhupendra Patel the face of the BJP for the Assembly Polls which are going to be held in December. Prime Minister Narendra Modi gave this information. and also clarifies that the elections in Gujarat are held as per the scheduled time and there is no possibility of them being held early. A senior member of the party said that PM Modi met several ministers and told them to start preparing for the polls . He declared that Bhupendra Patel would be the face of the BJP in the coming Gujarat elections.

The BJP also wants to give a message to the public that the government is doing well six months after the sudden change of Rupani’s government was just a stop gap arrangement. The party had faced a setback in Rupani’s tenure.

Bhupendra Patel won the 2017 Gujarat legislative assembly polls from Ghatloia constituency by defeating Congress candidate Shashikant Patel by over one lakh votes, which is considered the highest winning margin in the elections.

Bhupendra Patel belongs to the Kadva sub caste of the Patidar community and he holds a degree in civil engineering. Patel had never had a ministerial post like prime minister Narendra Modi, who had never been a minister when he became Gujarat CM in 2001. He is also associated with many social works in Ahmedabad and he is a trustee of Sardardham Vishwa Patidar Kendra. it is an organisation which is dedicated towards the social and economic development of the Patidar community.

The BJP performance in the last elections, which were held in 2017, was the weakest since the party came to power in 1995. In the 2027 assembly polls, the party managed only a thin majority with 99 seats out of 182 seats under Rupani’s Chief Minitership.

Gujarat’s elections are mostly seen as a contest between the Congress and the BJP, but this time, the Aam Adami Party is encouraged by its stunning win in the Punjab elections.

Patel said that his party ensures that the last man standing in the queue is not left out and utmost care is taken while distributing the schemes. He said the government has started an exercise where they make door-to-door visits to see that the schemes reach out to all the beneficiaries.